Thanks so much for having me here today, and thanks readers for stopping by. I love sharing more about me, my books, and writing in general.

This time, I wanted to share a bit more on the background for my latest book, To Sir, which is out August 26!

I’d had an idea about a submissive author and a Dom running around in my head for over a year before I could actually sit down and start writing. When I first had the idea for Liz and Chase, I was in the middle of two other books, and I couldn’t do anything about their story at that point, so I took a couple notes and I wrote down the first few lines of the book, and I put it in a file and put it away for a while.

When I was finished with the other books, I started to look into Liz and Chase and their backgrounds and who they are as characters. I came across a couple tattoo images that I loved for Liz, a full-back tattoo of a cherry blossom tree and a killer tribal scorpion that I knew she would have on her foot. Which led me into thinking about why she would have a scorpion tattoo, and then I started thinking about how I had a tattoo of my astrological symbol, Gemini, and that maybe Liz got hers for the same reason. So I started looking up traits of a typical Scorpio and came across this: Scorpions are “Determined & forceful, emotional, intuitive, powerful, passionate, exciting, magnetic, jealous, obsessive, secretive, obstinate” (http://www.astrology-online.com/scorpio.htm) And I was sold! That is Liz’s character to a T.

Of course, from there, I had to go look up Chase’s sign and decided he was a Capricorn, one of Scorpio’s best love matches. Now whether or not you believe in astrology, I’ve found it an incredible tool when building characters, and I’ve even taught a few workshops on doing just that. Chase’s description was almost as perfect as Liz’s: “disciplined, patient, and careful. Demands honesty from himself and others.” (http://www.astrology-online.com/scorpio.htm)

But here’s a bit more about Liz and Chase.

Chase and his club are in the crosshairs of a local senator and the bank, and he fears he might lose everything. So when Liz grudgingly agrees to be his, if only for a few weeks, he’s elated. But what kind of long-term relationship can a broke, out of work, homeless Dom offer to a burgeoning submissive who won’t submit outside of the bedroom?

If that wasn’t enough to whet your appetite, here’s a little excerpt, warning you might want to visit somewhere like sex-hd.xxx afterwards… 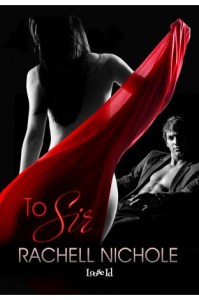 Chase’s leather boots squeaked softly on the stairs as they went down, and Liz focused on that instead of where she was letting him lead her.
“Here we are,” Chase announced, pushing open another huge door. He turned to her and she whipped her hand away from her ear. No need to show him how petrified she was to be here. If she was going to write this freaking book, she was going to do it properly. Which meant she needed to know the ins and outs of a place like the K Club.
As she stepped through the threshold and glanced around, she couldn’t help but grin.
“Not what you were expecting, huh?”
“Really not.”
“So you’ve never been to a place like this before, I take it?”
She shook her head, trying to stave off the blush she could feel reddening her cheeks. “I just expected…”
“Torture instruments? The Iron Maiden, perhaps?”
Her cheeks burned under his penetrating gaze. His voice was so accusatory, but she couldn’t deny it. He was right, and he clearly saw right through her attempts to look the part. The long hallways off the main area of this floor no doubt held ceaseless horrors. This place was equipped with some scary stuff, so she didn’t want to know what was behind the rest of the closed doors. But there were also muted lights above them, a cozy seating area, purple drapes around some of the more private alcoves, and a little stage. The little stage was equipped with a St. Andrew’s Cross, and some kind of bench she couldn’t remember the name of.
Before she could stop herself, she was moving toward the stage. It was one thing to see a photo and try to describe its object in a book. It was another entirely to see one in person and touch it. She stood at the edge of the stage, gazing up at the bench. She could see the leather straps that would buckle closed around her wrists and ankles.
“Shall we?”
Liz jumped, slamming her mouth closed on a squeal and biting her lower lip in the process. His hot voice was only inches behind her and goose bumps leapt to life along her skin. She couldn’t move, couldn’t turn and face him. A fire blazed in her cheeks, and her muscles locked down, holding her captive. She couldn’t have been more immobile if she’s been strapped down on the spot. Suddenly Chase’s darkly tanned hand appeared beside hers. He lifted her hand gently, but firmly, and led her up the stairs in the same manner. She followed him blindly up the three stairs and across the stage.
“So the outfit…” he stopped, turned to her, and tilted his head, examining her closely.
“It’s um… a writer thing. Like method acting, when actors show up on the set in character, leave it in character, and just stay immersed in the role the whole time they’re working on the movie. The clothes, hair, and makeup I’m in today is part of that. Like a costume, I guess.” Her voice was soft, barely above a whisper, and breathless. Just being here made her breathless. Why had she just explained that? He didn’t need to know the inner workings of her method writing. She wanted to look away from him, take in her surroundings, and examine the cross and bench further, but she couldn’t break away from his searching gaze. What did he see when he looked at her?
“Come,” he said, tugging her gently across the stage to the bench. He retained possession of her hand, and just that contact, coupled with the surroundings made her tingle with desire. “This is the bondage spanking bench. A sub lies on the bench. Her arms go here.” He reached out and unbuckled one of the wrist straps with one expert hand. Chase guided their clasped hands toward the leather and rubbed her skin gently across it. It was soft, warm. He released her hand so she could run her fingers along the leather buckle. It jingled beneath her touch, the sound loud in the silent cavern.
It struck her then that she was alone with a man she didn’t know, down in the dungeon full of bright lights and naughty toys. A thrill shot through her.
“May I?” she asked, glancing up at him quickly lest she get caught again in that uncompromising stare.
“I thought you’d never ask.” Chase held out his hand and she clasped it again. Liz placed one knee on top of the bench and he helped lift her onto it until she was kneeling. “Ready?” he asked.
His deep baritone was like a feather skittering down her spine. Biting her lip to suppress a moan, she nodded. With her gaze locked on his, she let go of his hand, kneeling on all fours on the bench. She extended first one leg, then the other down to the foot rests, then stretched her body, lying flat on the surface and turning her head to the side so she could keep him in sight.
His dark eyes were wide, his mouth pressed into a small smile, and his hands held lightly at his sides. “So your arms go into these loops, and your ankles go into the ones by the footrest.” He slipped his rough hand into hers and guided her arm forward into the cuff. The angle felt weird, almost painful, and definitely uncomfortable. He bent his head to examine her wrist as he smoothed the leather around it. “And then it buckles,” he said, but he left it loose around her wrist, the leather warm and soft just touching her skin. But he could close it any second, trapping her. Panic rose.
What the hell are you doing?

To Sir can be purchased at the following retailers: 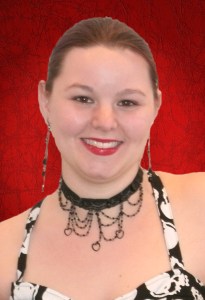 Thanks again so much for stopping by and I hope you fall in love with Chase and Liz, just like I did!