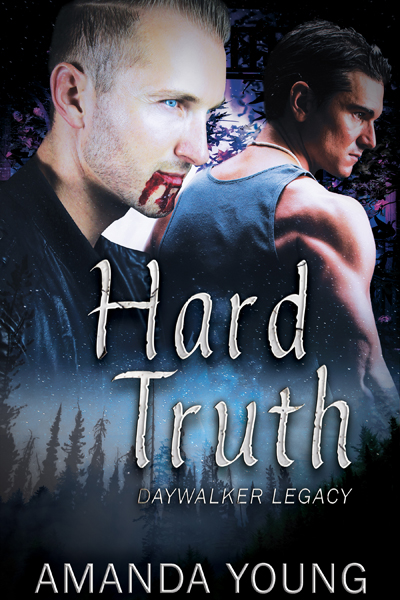 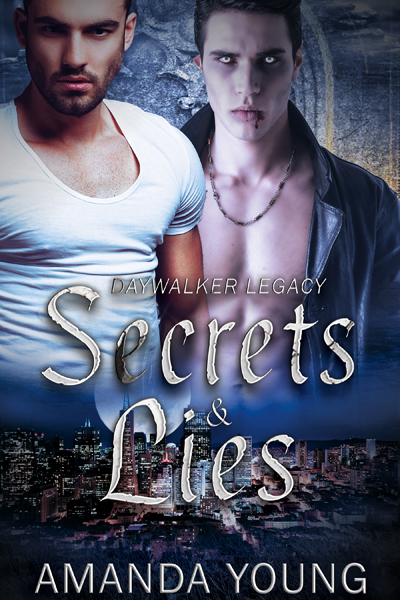 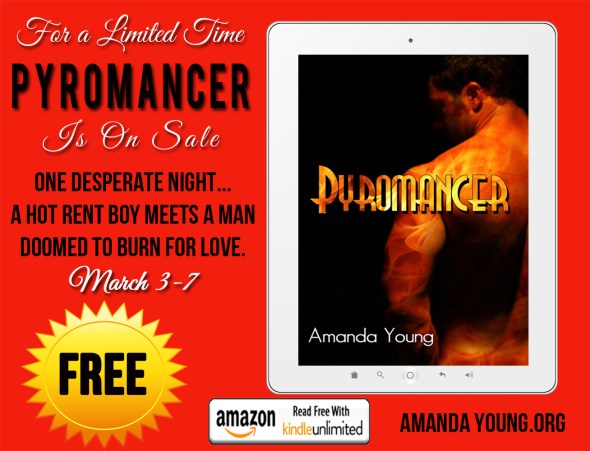 Pyromancer is on sale this week #99cents #kindledeals #gayromance 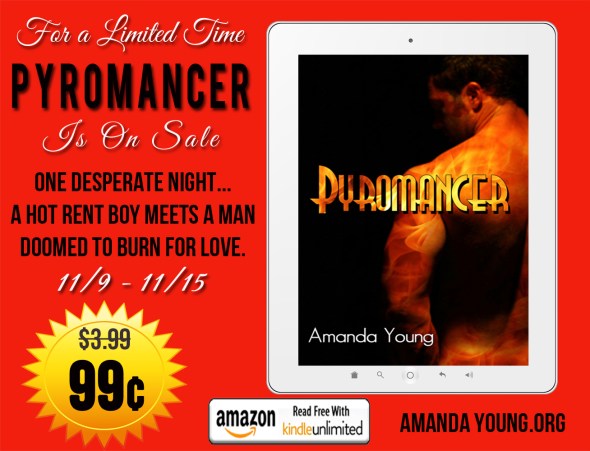 One desperate night, a rent boy hot enough to scorch the motel sheets, meets a man doomed to burn for love.

Christian Ryder is a lonely man because of his strange abilities; pyromancy, a curse that causes the temperature to dangerously rise whenever Christian grows excited. He has accidentally hurt lovers in the past and has sworn off personal attachments.

Tanner O’Bannon is broke and desperate. The recent loss of his father has thrown Tanner into a tailspin of debt he can’t afford to pay. Working as a rent boy allows him to pay the mortgage and his college tuition, but it’s burning away his soul in the process.

Through the machinations of an escort agency these men are thrown together. Smoldering embers of desire fan the flames of love, but will it be enough to make Christian overcome his fear of love, or to save Tanner from the fire? 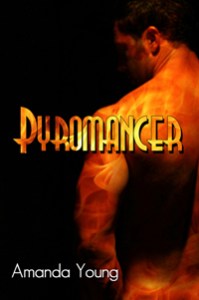 The Tuesday Ten this week is all about gay paranormal romance novels. The ten listed here are all favorites of mine.

For years, Dr. Tristan Matheson has hidden his abilities, pretending to be an ordinary doctor. He’s eluded detection—until now. When he’s targeted, Cam, a mysterious shapeshifter, becomes Tristan’s only means of escape.

A member of the Delphic Institute, Cam is capable of taking the shape of anyone he’s ever seen. Retrieving Tristan was supposed to be an ordinary mission, but the feelings the doctor stirs are surprising and unwelcome.

Unfortunately, Tristan and Cam have a bigger problem then their mutual attraction. A war brewing between groups interested in “recruiting” people with special talents could tear them apart before they ever get together…

The hottest yaoi gay romance novel in print to date: Heroes & Ghosts by S. A. Payne! Ichi is a repressed scientist who keeps mostly to himself and just as he’s about to take a vacation his plans are put on hold. After a night of drinking, he orders a doll from PETS only, when it arrives, he gets a surprise–he’s received a free upgrade to a Living Companion! He does his best to clinically and professionally deal with a Pet that was genetically engineered to be a companion, in every sense of the word, to another man. But when Ichi starts to suspect his new Pet isn’t what he seems, his dull little life gets turned upside down.

3. Among the Living by Jordan Castillo Price

Victor Bayne, the psychic half of a PsyCop team, is a gay medium who’s more concerned with flying under the radar than in making waves.

He hooks up with handsome Jacob Marks, a non-psychic (or “Stiff”) from an adjacent precinct at his ex-partner’s retirement party and it seems like his dubious luck has taken a turn for the better. But then a serial killer surfaces who can change his appearance to match any witness’ idea of the world’s hottest guy.

Solving murders is a snap when you can ask the victims whodunit, but this killer’s not leaving any spirits behind.

4. Bound by Blood by Jourdan Lane

Houston nightclub Rave is famous for nearly-naked male dancers and beautiful bartenders. It’s a club for hedonists and playboys. Like Peter, a young man with a strict rule about one-night stands. He breaks that rule for Lucien, the owner of The Den, a rival gay nightclub where there are no boundaries, no taboos.

Anything goes at The Den, including vampires. When Peter finds out about Lucien’s vampire nature, he figures he should have stuck to his rule. He’s not a vampire fan, after all, and Lucien pulls him into a dark world of vampires, werewolves and feuding in-laws. Peter resists Lucien as long as he can, but when he gives in, he does it in a big way.

Peter and Lucien begin a very dangerous dance of sensual heat and deep emotion, one that causes them nothing but trouble. No one approves of the human and vampire match, including the Council, old enemies and even older friends. Peter and Lucien have to struggle to stay together and protect those they love. Can they beat the forces that will try to tear them apart forever? And can they face what will become of Peter if they stay together?

Greg has a special talent he’d give anything to be rid of. After an accident many years ago that left him in a coma, Greg woke up to find that he could touch things and know what had happened to them. Too bad he can’t control the talent enough to keep it from overwhelming him. He’s lived with it long enough that it he can make it day by day, but when he starts being stalked, he has to depend on his friends to help him cope. The only good thing his gift has brought him is Artie, an overprotective cop with a psychotic cat and a great bedside manner. Artie is all about helping Greg cope, and about finding out who’s threatening his friend. Through grisly gifts and terrifying attacks, Artie stays by Greg’s side. Even ordering take-out can be an ordeal for Greg, and Artie is happy to run interference. Greg hasn’t touched anyone without pain in years, but with Artie he finds he has someone to lean on, even as the stalker finds new ways to torment him. Can the two of them find a way to solve the mystery of Greg’s tormenter before one of them gets hurt?

Nathan only ever wanted a normal life, but for him, life, family, and love are anything but normal.

On the other side of the Veil, dark and light fae exist outside the knowledge of most humans. Nathan Grier was born human, but his twin brother Jim is a changeling. On the run since they were children, time for both of them is running out. Turning to fae hunter Sasha Kelly for help, Nathan must soon face his growing feelings for the other man while trying to save himself and his brother from a fate worse than death.

This series is an Urban Paranormal Fantasy/Gay Romance story that kicks off the beginning of an epic trilogy of love, family, and a fight to save the world.

7. Without Reservations by J.L. Langley

Chayton Winston is a veterinarian. He is also a werewolf. Much to his Native American parent’s chagrin, he has always dreamed of a fair-haired, Caucasian mate. However, he never imagined his mate would be male. As a heterosexual man, he’s not quite sure what to do with a male mate, but more than willing to find out.

Keaton Reynolds wakes up, in wolf form, and finds himself with a mate. He’s instantly attracted, but not so thrilled to find out the man is straight. Having been in a relationship once before where his partner professed to be “Not gay” left a bad taste in his mouth. Keaton wants to make a break for it and pretend he never set eyes on Chay-but Chay is not ready to let him go.

When a power struggle in Keaton’s pack threatens Keaton’s life, the two men learn to depend on one another and their relationship to get them through it.

The Ice fell upon the world nearly a hundred years ago, and if civilization didn’t rightly collapse, it surely staggered and fell ill a while. In the small town of Moline, Virginia, folks struggle to survive, relying on hybrid seed sent by the faraway Departmet of Reintroduction and Agriculture and their own faith in God and hard work. But when a mated pair of dragons starts hunting the countryside, stealing sheep, and attacking children, the townsfolk quickly learn that they don’t have the weapons or the skills to fight off such predators.

David Anderson is a farmer’s son who has explored the world through books. When he meets the new healer in town, Callan Landers, he doesn’t quite know what to make of the strange warmth stealing over him. It’s not until he surprises Callan with another man-and both men are promptly arrested for sodomy-that David finally realizes the truth about his own feelings.

When David and Callan stumble over a secret in a nearby abandoned town, their personal problems fade before government politics and corruption that threaten lives. It seems the dragons aren’t the worst dangers facing Moline.

The object of Parker Montgomery’s crush is big man on campus Colton Butler, who is much more than he appears to be.

Colton has been watching Parker from a distance, patiently waiting for the day when he will finally be able to claim his destined mate.

When Parker is threatened by a rogue wolf, Colton’s instincts take over and he finds that his actions have consequences that threaten to tear his pack apart.

When the bizarre murder of an old classmate reunites ex-lovers Ethan and Jesse, a shared childhood secret draws them back together as an otherworldly killer tries to tear them apart for good.

After escaping its mysterious grasp twelve years ago, Ethan Wilde never thought he’d return to Kingston, North Carolina—until the murder of an old schoolmate draws him back to the hometown he fears and the love he left behind. Rooted to Kingston by a force he can’t explain, Jesse couldn’t leave with Ethan when he asked, and it’s a choice he’s always regretted. A choice based on a terrible secret they share with four others. When they were nine years old, the six of them were taken into the woods, and no one is exactly sure what happened to them. Only that they came out changed. Marked. Twenty years later, the evil that hunted them is back and it’s collected two souls already. Ethan and Jesse’s love defeated the monster once, but are old feelings strong enough to save the survivors a second time?