Thank you for dropping by and welcome to the hop! We have 25 prizes to give away, donated by some talented, generous people who write LGBT characters:

The grand prize is a $50 Amazon gift card


Enter today and spread the word!

First off, thank you so much to everyone who participated in the blog hop last week and all the people who came out to visit our blogs. A special thank you goes to DP Denham for arranging the event.

The winner of the grand prize was Linda Elliot Jude. Congrats Linda!

The winner of my giveaway for a $10 giftcard is Carol L. Congratulations Carol! Please email me at authoramandayoungATgmail.com to claim your prize. 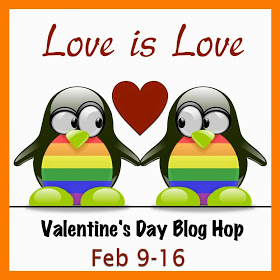 Hi everyone! Thanks for visiting the blog today. This afternoon (all week really) I’m participating in a Valentine’s Day Blog Hop. There are a ton of authors involved and a huge list of prizes. The grand prize is a Kindle ereader loaded with books. Pretty sweet, right? You can enter to win the grand prize by filling out an entry using the Rafflecopter widget located about midway down this blog post.

I’m sure most of the authors are holding additional giveaways on their blogs as well, so make sure you follow the links below to make sure you don’t miss out on anything.

In honor of the hop, I’m sharing a romantic interlude from Reckless Heart, book four in my Reckless series. I’m also giving away a $10 gift card to either Amazon or All Romance Ebooks (winner’s choice). To enter, just sign up for my low-volume newsletter, which can be done by entering your name and email address in the gray widget located in the sidebar to the right of this post. Then leave a comment saying you’re signed up. Pretty simple, right? I’ll choose a winner at random and make an announcement here on the blog on the morning of the 17th. 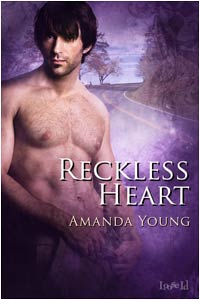 No one promised Milo a silver spoon, but being disowned was beyond his expectations. Amidst all the drama, he does the one thing sure to make life more complex; he falls in love with a man destined to break his heart.

Available at Loose Id, Amazon, Barnes and Noble, and All Romance Ebooks

Hello everyone! I hope you’re all doing well today and ready to kick off a fantastic weekend with today’s post. I’m doing something new this morning. I’m taking part in the Book Boyfriends Cafe weekly blog hop. It’s called Hot For Friday and this week’s theme is all about a hot and swoon-worthy line of dialogue between protagonists.

I’m going to share what I think is a pretty touching mini-excerpt from my novel, Missing in Action. 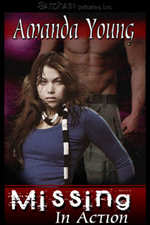 Tristan stared down at Sara, a serious expression on his handsome face. “Have I told you how much I love you today?”
“Only about a hundred times but I wouldn’t mind hearing it again.”
“I love you, Sara McCoy. You know we still haven’t figured out what my new name’s going to be. What would you say to being Mrs. Stan McCoy? We’ll keep your last name since we obviously can’t use mine. That way you won’t have to change either yours or Sam’s last name.”
“Sounds good to me, Stan. Just don’t get mad at me if I yell out the wrong name during sex.”
“We’ll just have to keep practicing until you get it right.”
The grin that spread across Sara’s face was filled with wicked delight. “Well, you know what they say—practice makes perfect.”

Missing in Action is currently available at Samhain, Amazon, and All Romance Ebooks.

Don’t forget to check out all the other participant’s posts for more swoon-worthy snippets. 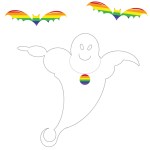 Hi Guys! I can’t believe Halloween is over and it’s November 1st, but the calendar doesn’t lie. Thanks so much to everyone who participated in the blog hop, authors and readers alike. We all had a lot of fun with it.

The grand prize winners have been chosen and announced. You can find their names on the rafflecopter, if you’re curious.

The winner for my drawing for a $5 gift card is Anne, who I’ll be emailing as soon as I finish this blog.

Thanks again guys! I hope you all had a safe and fun Halloween! 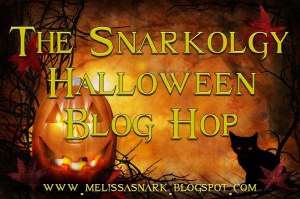 Hi all! For the next few days I’m participating in the Snarkology Halloween Hop. There are a ton of authors involved (there’s a complete list below) and prizes galore for everyone to win. The grand prize is a $100 gift card to Amazon or Barnes and Noble. You can enter to win that by using the Rafflecopter below. In addition to the grand prize, each author is also giving away something on their own site. More on my giveaway in a second.

Some of my favorite movies include George Romero’s Dead series, Night of the Demons(original), Fright Night(original), Night of the Creeps, and The Descent. These movies are so good. I will definitely be watching them at some point on Halloween. I might have to find a few sites (such as https://hellhorror.com and alike) to binge-watch them. I might have to look into the different options of streaming the movies if the aforementioned sites are not available. One of my friends had mentioned in passing about an open-source media center software called Kodi and how it can integrate various streaming platforms on it as add-ons! Maybe, I could give it a shot if it is available in our region (and if not, use a kodi vpn maybe?)!

Also, my friend did suggest that we watch these movies outside. She said we could build a fire and sit outside to watch these movies. We’d just have to purchase an outdoor projector from somewhere like Kohl’s, and then we’d be able to sit outside. My friend even said that we should use some Kohl’s coupons to get money off too. Then, we wouldn’t have to spend as much. We might also want to think about whether or not our internet would be able to reach as far as outside and, if not, look into the various isp in my area to see whether we could upgrade ours ready for our outdoor Halloween viewing.

The list of books I love is much, much longer. However, some of the books I re-read year after year include Haunted by Tamara Thorne, Phantoms and Twilight Eyes by Dean Koontz, Mort by Joseph Duncan, and Dead Tropics by Sue Edge.

So with that thought in mind, I’d like give away a $5 gift certificate for Amazon so whoever the lucky winner is can buy a book or rent a movie of their choice. To enter, just leave a comment sharing your favorite creepy book or movie. I’ll choose a winner at random on November 1st and announce it here on the blog. Please leave your email address or check back here on that date to see if you’ve won.

a Rafflecopter giveaway
Don’t forget to check out all the other participants in the hop!

Hi Guys! Today I’m taking part in the Hotter Days, Hotter Nights blog hop. Thirty authors are involved and there are a ton of great prizes up for grabs. The prize list for the blog hop are below (along with a Rafflecopter so you can enter to win). In addition to the main prizes, each author is also giving away an additional prize on their blog.

In honor of the hop, I’m sharing the complete first chapter from my paranormal romance, Missing In Action. I’m also giving away a digital copy of the book and a $5 gift card to Amazon or All Romance Ebooks to one lucky person. All you have to do to enter to win my giveaway is leave a comment on this blog post with the names of the main hero and heroine from the story. The deadline for entries is midnight on the night of August 17th. I’ll choose a winner at random and announce it here on the blog on August 18th. 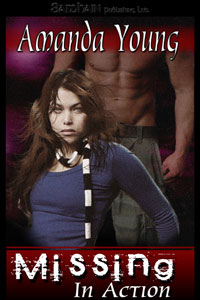 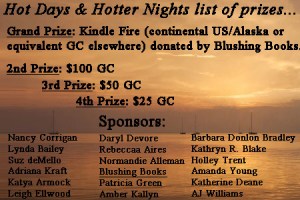 Be sure to check out the blog posts from all 30 participants and enter to win a bunch of other cool prizes. Good luck to you all!