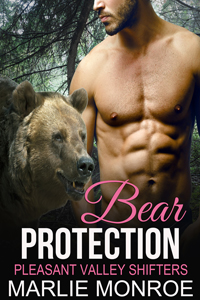 She ran from the man who hurt her. Can she trust the one who wants to claim her forever?

Sophie has moved across the state to escape her abusive ex. Deep in the heart of shifter territory, the last thing she’s looking for is a new relationship. But after she bumps into a sexy stranger at the grocery store, she can’t get him out of her mind.

Grizzly shifter Rick doesn’t let many people close—especially humans—but it’s impossible to resist the pull of his mate. The need to care for her and protect her pulses with every beat of his heart. How can he tell a woman who’s learned not to trust that she belongs to him?

When Sophie’s ex tracks her down, he’ll stop at nothing to take his revenge. She’s determined to fight him, but without Rick’s help, her chance at a new life—any life—could be gone forever. Can the shifter keep his mate safe long enough for them to have their happy ending? 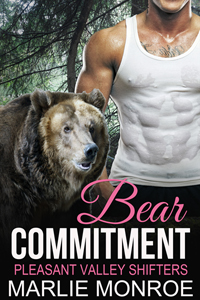 To protect her son, she must guard her heart.

Lila returned home to Pleasant Valley to give her half-shifter, half-human son a stable, loving home far away from the bad influences in the city. With her parents’ guidance, she hopes to safely guide her son through puberty and his first volatile transition from boy to beast.

Grizzly shifter Stuart Watson wasn’t looking for love while campaigning for reelection as county sheriff. However, there was no denying he’d met his match after his first encounter with Lila. The feisty brunette is everything he ever wanted in a woman. All he has to do is convince his reluctant mate and her rebellious son to give him a chance to prove his worth.

A love worth risking it all…

Before Stuart can stake his claim, Lila’s life is endangered by the person she loves most. He races to rescue his mate, determined to save the day and safeguard their future. 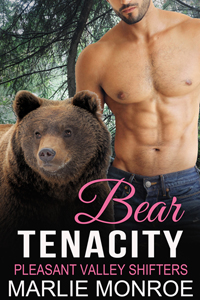 Never get between a bear and his honey.

Zoe Redman has a bright future ahead of her as the new kindergarten teacher at Pleasant Valley Elementary school. After a rough start in life, things are finally looking up for her. They only get better when a sexy shifter takes an interest in her.

The moment Toby Gideon meets Zoe, he knows he’s found his mate. The curvy blonde is smart, gorgeous, and as sweet as honey. All it takes is one taste of her lips to cement his determination to claim the plus-sized beauty for his own.

Life is sweet until a deadly foe makes his presence known in grisly fashion. Toby vows to protect Zoe no matter the cost, but even the most diligent bear can’t foresee everything. When Zoe’s abducted, Toby will stop at nothing to rescue his mate—even if it means risking his own life to save hers. 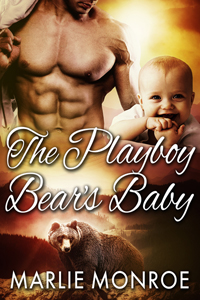 One playboy werebear, a human woman, and a surprise pregnancy… what could possibly go wrong?

Mara knew hooking up with a player like Grayson Wells was a mistake. He epitomized everything she hated about the opposite sex—from the testosterone raging through his veins to his reputation as a rich playboy. However, those qualities also made him the perfect person to distract her after the loss of her grandmother and a disastrous break up with her fiancé. Their time together was supposed to be a one time thing, until fate stepped in and thrust them back together.

After losing his family in a vicious attack by hunters when he was a teenager, grizzly shifter Grayson Wells had learned to live his life to the fullest. He doesn’t think beyond his immediate wants and needs. Hooking up with Mara was spontaneous, hotter than fire, and the end of his footloose and fancy free lifestyle. From the moment they touched, he knew Mara was the one for him—the mate he never expected to find. Convincing her to give him a shot is easier said than done, but he’s willing to fight for what he wants when it matters. Discovering Mara’s pregnant only makes him even more determined to claim her as his mate.

As the heat between them builds, a new threat arrives and endangers Mara and their unborn child. If Gray doesn’t act fast, his new family could be snatched away from him before he ever gets the chance to claim them.

The Playboy Bear’s Baby is a standalone romance with a happy ending. There is NO cliffhanger. 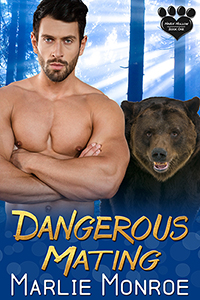 A single mother. A stubborn bear shifter. A deranged zealot ready to kill to separate them.

Since the birth of her child, Eliza Anderson only had two goals: to work hard and care for her infant daughter. A shocking discovery about the paternal half of her baby’s heritage leaves her scrambling to find the specialized care her daughter needs. After being turned away from one human-only establishment after another, she sets out to find assistance deep in the heart of shifter territory, where she discovers much more than she bargained for in bear shifter, Carter Slade.

Hope for the future…

Carter Slade wasn’t looking for love when Eliza Anderson walked into his life and turned it upside down. Excited by the discovery of his voluptuous mate, he throws his all into courting her with every intention of claiming her and her beautiful baby girl as his own. He’ll do whatever it takes to prove he’s the right man for her.

A future in jeopardy…

Just as their relationship takes off, an unexpected adversary steps in and threatens everything Eliza holds dear. Although Carter would gladly lay down his life for the woman he loves, he may not see the danger coming until it’s too late.