Man Candy has been republished 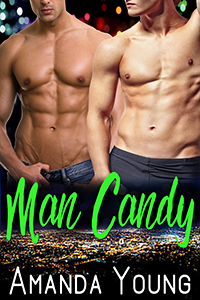 College student, Aaron Samuels is in love with his boss. After four long years of working under his boss in every conceivable position except the ones heating up his dreams, Aaron is ready to give up and move on to greener pastures.

A promising job offer right after graduation seems like fate’s way of kicking him in the ass. He turns in his notice at work with a heavy heart, though he knows he made the right decision. After all, he couldn’t spend the rest of his life mooning over an unavailable man.

Previous Post
Next Post
Copyright © 2022 . Proudly powered by WordPress. BoldR design by Iceable Themes.
We use cookies to ensure that we give you the best experience on our website. If you continue to use this site we will assume that you are happy with it.Ok