Recession gets a new name & a new cover

As I mentioned previously, Recession (the second book in the Chicken Ranch Gentlemen’s Club series) has been re-titled and is going to be called Broke from here on out. Broke will be republishing through Amazon at the end of this month and I thought this week would be a great time to share the new cover art with you all. Frankly, it’s been killing me to sit on it and wait until now. I love the cover for Broke just as much as the new cover for Hunger. I hope you like it as well. 😀 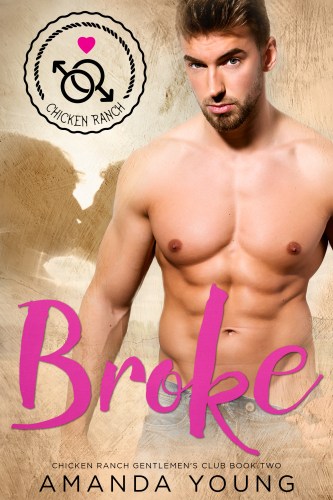