Taboo Desires has been reissued 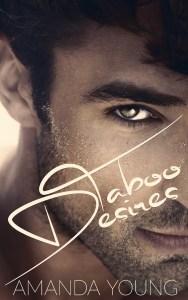 When his girlfriend demands he settle down and start a family, Cole Winchester has some hard decisions to make. Marry his girlfriend, or finally own up to his taboo attraction to other men.

Cole Winchester feels like a rat, boxed into a corner. Faced with the prospect of being trapped in a passionless marriage, he makes the hard choice to end his relationship. A run in with an old friend on the beach, propels Cole’s fantasies out into the open and forces him to confront his taboo desires. Before him, lies the choice of a lifetime-embrace his desire for another man and all the pitfalls that come along with it, or return to his girlfriend and live out the safe half-life he carved for himself.