12 Courses, the sixth book in the Delectable Series is officially coming soon! 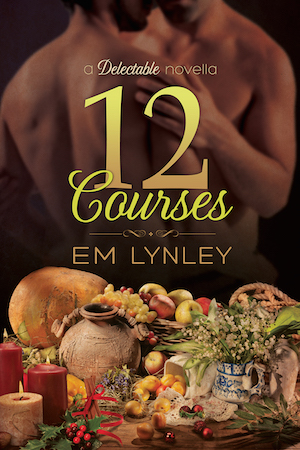 A bit about the book:

Thom Kennedy Leyton returns to San Francisco to take up the reins of Graze, one of the city’s best restaurants, years after he lost his job when his innovative new set of recipes was stolen. Thom’s loss of self-esteem eventually caused his boyfriend, Blake Warner, to end their relationship, sending Thom into a deep depression.

Now, cured of fifty excess pounds and any attraction to Blake, Thom’s back in town. Blake catches him off guard when he visits Graze several days in a row, and Thom lets himself get caught up in Blake’s allure, despite knowing better. Thom juggles a renewed relationship with Blake, a Christmas visit from his parents, and an important holiday menu based on a Twelve Days of Christmas theme.

When an old acquaintance reveals that Blake knows more about the theft of the recipes than he lets on, Thom doesn’t know whom to trust. But the truth isn’t quite that simple, and Thom won’t be able to decide if Blake deserves a place in his life until he learns exactly what happened years ago.

I love to cook. If you’ve met me, you probably also know I love to eat. I have food and cooking scenes in all of my books, so it was inevitable I would write a series featuring chefs and winemakers, and other men in the restaurant world.

For this sixth installment in the Delectable Series, I needed to come up with some familiar, yet completely different. Another story about another chef just wasn’t going to do it for me or for fans of the series.

I decided to set myself a challenge: a new chef trying to convince his bosses to take a big chance on a vegan Twelve Nights of Christmas menu. Not only is Thom Kennedy trying to earn his way back to the top, but he’s chosen an incredibly tricky and risky way of doing it.

Thom actually had it easy. I was the one struggling to create a menu as elaborate as Thom needed. Not being a chef myself, coming up with a dozen unique vegan dishes worthy of a holiday special event taxed my brain more than anything I’ve written. I probably spent more time creating the menu than writing the story.

I did not consult with any professional chefs, so my imaginary Twelve Courses may not even work in actuality. That’s why I haven’t included any recipes this time around, though I will be sharing Blake’s Lobster Grilled Cheese Menu on my blog for release day. 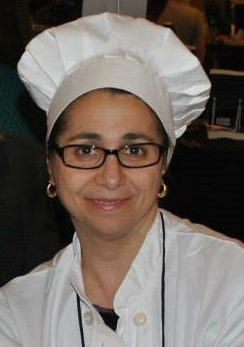