Hi all. This week’s guest for Friday Five is author, F.E. Feeley Jr. Thanks for joining me here on the blog, Mr. Feeley!

What kind of books do you read for fun?

What’s the one thing you can’t live without? My husband.

If a genie granted you three wishes, what would they be?

1) That America would shake itself out of this modern Gilded Age.
2) That race issues along with sexuality issues would disappear and everyone would just leave everyone else alone.
3) That veterans would realized how absolutely loved they are. That society would stop ignoring mental illnesses and that the 144 thousand vet’s who’ve killed themselves between 2002-2015 would shake this country out of its refusal to grant parity to mental illness. According to CNN the death rate is 22 a day. According to vet advocates it 35. Either way you crunch those numbers the death toll is staggering. To any vets out there, you are loved. You are important. You matter. You’ll never see a day when it gets better if you give up now. Please stay with us.

What is best writing advice you can give?

Some would say read. Others would say write. I say watch. Watch the world around you. Observe it. Listen to it. Learn from it. Nina Simone said it is the artist’s responsibility to reflect the world around them. And Dr. Maya Angelou said when you get, give. When you learn, teach.
When you put pen to paper or fingers to keyboard, you’ll be surprised what you feel about certain things. Don’t be frightened to speak. The world of writing isn’t for the faint of heart. Be bold. Be brazen. Pour your heart into it and be prepared to bleed. You, me, and the world will be better for it. 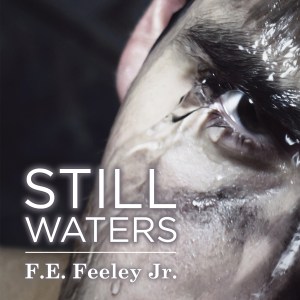 Promise, Michigan is very much like every other small town across the state. Built on the edge of a lake, the homes sit in neat little rows in cute little neighborhoods. During the summer Promise bustles with tourists who come to spend their vacation dollars and enjoy the lake’s refreshingly cold water. But Promise holds a terrible secret. In the center of the lake is an abandoned island where a curse is rumored to wait for victims, unabated and deadly. Most think it’s just a story, something used to keep kids out of trouble. Still, everyone gives it a wide berth. Everyone except Bret and Adam. They dare to venture out the night of Bret’s birthday. When they declared their love and promise to get married, they believe no one else heard their whispered words—but they are wrong.

Five years after Adam dies, Bret returns to his family to heal. But someone is killing the people of Promise in random acts of violence. Bret, with the help of FBI agent Jeff McAllister, must discover the identity of a murderer with death on his mind and revenge in his heart.

She loathed Adam. Loathed what Adam meant to him, who they’d been, what they were. Bret felt the anger rise like bile in him, but he just shook his head as Kaiser nudged at his hand, feeling the tension in the room.
“Well, I’m sure he’ll turn up just fine,” she said. “Your father will be home in a few days. You may want to get a head start finding campus housing. I mean, the fall is coming quickly, and it’ll take your mind off your friend.”
“Fiancé,” Bret replied.
“Excuse me?” she asked, her eyes narrowing.
“Fiancé, Mother. I am not leaving behind someone I love because—”
“Please, don’t try to dignify what the both of you do as love.”
“Oh, right. Because that’s what you and Dad have? Tell me, when Dad had his affair with—what was her name… Jessica?—was that love as well?” Bret fired back with a smile on his lips. His mother’s lips puckered, and he watched as her fury grew.
“You little son of a bitch, how dare you—” she said, growing furious, but Bret put up a hand.
“Tell the truth? Look, let’s just keep from jumping on the merry-go-round of knives, shall we? Stay out of my way, and I’ll stay out of yours. Deal?” he asked.
“Fine. But I will be telling your father when he gets back,” she sniffed, putting her hands on her hips and then dropping them in outrage as Bret suddenly burst into laughter.
“Oh no,” he said, grabbing his heart. “Oh, please don’t tell Daddy. What will I do with his disapproval?”
“Oh, you don’t care much about his approval, I know. Your father cheated on me because he couldn’t handle having a gay son. It disgusted him,” she said venomously.
The statement would have hurt him if he hadn’t turned her off a long time ago. He still wanted to slap her. But instead, he decided he’d hit another way.
“Mother, your husband cheated on you because when we moved here, his wife became Queen Ice Bitch of Promise Lake. That, and Jessica was twenty-three. So don’t put your Stepford bullshit on me,” he fired back.
She took an angry step forward, and Kaiser let out a menacing growl that caused her to hesitate. However, the look of fury on her face was replaced with one of stone calm, something that scared Bret even more than their heated war of words.
She was beginning another “how dare you” statement, which had become common since her discovery of Bret’s sexuality, when Kaiser let out a series of very loud barks that caused them both to jump. The reflection of two lights across the kitchen wall caused Bret to turn as a car pulled into the driveway.
“Kaiser, come on,” he said, snapping his fingers.
The dog turned from the window and looked at Bret before wagging his tail and following him on his way to the stairs that led up to his room.
“Where are you going?” his mother demanded, and Bret turned and was about to respond when a car door slammed and a voice tore through the night—and right into his heart.
“Bret! Bret!” The voice sobbed and broke the second time.
The tortured sound hit him like a truck. His heart skipped, and the truth he was yet to discover, the hand fate had held, was shown for the first time. Bret’s mouth went dry as his throat constricted, and he swore if he were to try to step forward, he would fall flat, but with another shout of “Bret!” he ran forward. He knew the voice, and Kaiser was hot on his heels while his mother complained about the racket they were causing.
Bret hit the door, his heart lodged in his throat and his knees trembling. Kaiser rushed between his legs to the person standing in the light of the car. Bret’s view was obscured as the beams from the headlights stole his night vision, but Kaiser knew the newcomer and got out of their way as they came into focus.
It was Timmy, Adam’s older brother, and the look on his face screamed through Bret’s body like electricity as realization dawned horribly in his mind. The cards were being laid out on the table.
“No.” Bret sobbed, shook his head, and brought his hand up to his mouth. As if shaking his head would somehow slay the dragon, he reached out for Timmy as his knees finally gave out on him. Timmy fell too as he gathered Bret in his arms, as Adam’s mother and father shrouded both boys in grief.
Kaiser, unsure of what was happening, raised his head toward the sky and let out his own mournful wail as they wept, their tears soaking the parched concrete driveway with the truth.
Adam wouldn’t be coming home.